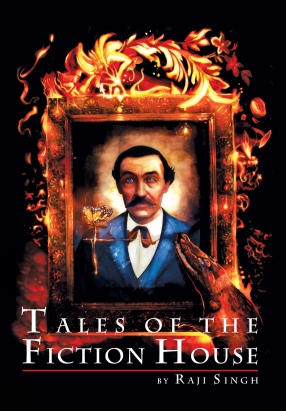 If my pet friend Turt, a giant land-sea creature, could write, this tale he would scribe…

I experienced unparalleled bliss as the kind ‘two-leg’ gently carved the very first tattoo into my shell.  The “scritch, scritch” scratched incessant itches beneath my shell.

I was hooked.  So I allowed other two-legs to satisfy my craving whenever possible.

Of course, even my ‘super’ dome isn’t large enough to hold so many tattoos – paintings, drawings, carvings.  Most wear or wash off as decades pass.  Strangers add new ones.  I am an easy target.

The “swish, swish” of their brushes is always – Nirvana massage.  Feels like when I roll around in a forest of coral.  A pencil point’s poking – It’s not as rough, but just as effective acupuncture to my shell as a shark’s futile “clackety” chomps on it.

I can’t say why humans want to mark me.  What creature ever knows what a two-leg thinks from one moment to the next?  Maybe magically, mystically, both the male and female of the species are drawn to my artworks as I crawl along a riverbank or float in some peaceful inlet.

I ask myself.  A future artiist, yet another, surrealist Man Ray wanna-be, tarries my way?’  I smile as he or she rows out or walks up to me.  A look of anticipation canvasses their face.  The air seems slightly warmer around them – from the rise in their body temperature – from that anticipation.

The two-legs have a common scent at this moment.  It penetrates my sapient nostrils.  Reflexively, I clench the muscles in my beak-snout, because the smell is the acrid stink of an oil slick coat upon the ocean.  But worn by the two-leg it is a perfume of sweet, fresh life – not the old moldy of million-year old dinosaur decay.  So, now I breathe deeply.

How can I sense all this:  By my centuries of contact with the two-legs:  Big, little ones I encounter throughout my travels:  black, brown, red, white, yellow ones.  If I don’t see, smell, feel these things, as they approach, then I am wary.  Then my natural defenses make me impregnable, uncatchable.  I shell-up, or I submerge and swim away.

Otherwise, I am never afraid.  I look forward to the two-leg’s humming, singing, poeticizing, philosophizing, as they paint, pencil-mark or carve.

So that they can tell their stories on some clear space on my plating – that is a most wonderful feeling of sharing for me.

Maybe two-legs yearn to leave their imprint in this world, like their ancient ancestors, the cave wall drawers, and mountain rock carvers that my forbearers may have observed.  Perhaps I’m as a message in a bottle to them.  Their ideas transport by sea to faraway lands.  Maybe it helps them make sense of their life – for at least, that moment in time.

In the end, it doesn’t matter.  The itches beneath my shell are relieved, and, the two-leg camaraderie is pleasing.

~ ~ Editor note:  I can attest to Turt’s numbers on the tattoos.  In my archiving of the Fiction House, I’ve uncovered a virtual plethora of pictures of Turt taken by staff photographers, by my great-great grandfather, James Thaddeus ‘Blackjack’, and by my great grandfa, granfa, and fa.

All show different pictures emblazoned on his shell from one decade to the next:  From the many sketches, paintings, and carvings of Turt by his renowned artist-friend Kunta from the early 1800’s; to the mid-century, glossy daguerreotypes of Turt, where other images decorate his shell.  Onto Matthew Brady credited Civil War era photographs of Turt, into the 20th century vivid 35 mm Leica, onto instant Polaroid, finally to my sterile digital – the distinct markings show an always-changing Turt-shell into the 21st century and beyond.

Enough images for us to form a separate gallery for them in the Fiction House Museum.

A wing in the gallery is dedicated to the painting on canvas of Turt in his wrap of shell art.  They are works by mostly unknowns.  But over the years the Fiction House has purchased early canned Warhol’s, pancake droopy Salvador Dali’s, and blotchy Jackson Pollack’s – of Turt, before prices for those artists’ works rocketed stratospheric.

Just possibly, we may be in possession of a rare, though not yet verified, color-full starry night of a Van Gogh, Turt.  (We’re wishing on those stars).

ROCKETING STRATOSPHERIC AT THE FICTION HOUSE:

For the kids and the sake of, kitschy, we’ve included a number of 1950’s era pristinely kept Japanese movie poster by the noted graphic artist, Yoshira Kergasi, where Turt is  the jet-packed model for Gamera Saves Tokyo Harbor from Codzilla – and its many sequels that Turt appeared in. ~ ~

…While strolling along an isolated Tokyo dock one eve, dozens of skinny, camera toting two-legs waylay me.  They strap rockets to my shell.  3, 2, 1, blast off…

~ ~ editor note, little did Turt know he was being made a non-voluntary stand-in for an  animatronic Gamera who’d short-circuited in the fog. ~ ~

Sayonara for me – NAY!

Domo Arigato – YEA!  I’d do it a thousand times more.

I am a writer, a foundling anchored by tale-telling and imagination. Read my history in Tales of the Fiction House, available at Amazon.com and Barnes & Noble (This is a portrait of my great-great grandfather. He's a handsome devil and I am his spitting image.)
View all posts by Raji Singh →
This entry was posted in archeo-apologist, Fiction House Publishing, humor, satire, Short stories, Uncategorized, Whimsey, writing and tagged James Thaddeus 'Blackjack' Fiction, new short stories, pet humor, Raji Singh, short stories, tattoo humor, Turt. Bookmark the permalink.