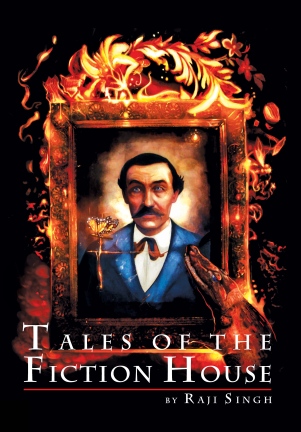 In case you need something to cheer you up after the 4th of July fireworks have faded, here’s an 1820’s tale about my great-great-grandfather, The Carper.  (An excerpt from Tales of the Fiction House)

– is what the Mariner sees in Carper when he stops his story. Crinkly lines of melancholy envelope Carper’s face. Ol Tom senses sadness. He leaps – from Mariner’s shoulder to Carper’s. Licking the boy’s cheek caringly, he mewls, ‘AHEM, TURT. Little help here.’

Turt breaks his distracted gaze from a fish glowering up at him through the wharf-shack’s planked floor. Carper’s look mirrors Turt’s own sadness, when he thinks of Kunta or of his own foundling-shelling days. Turt trills soothingly and with beak-snout, pets Carper’s hand.

Laza Bones Thibidioux reaches from his wanted poster and grabs Harpoon. He points it at you. ‘I gotta use for this. I’ll be a seein’ you in a century or so boy. I’ll deal with YOU, then.’

THE GLUMS. Mariner’d seen it among fellow sailors: A blanket of fog that smothers, first mast, then souls. “Keep spirits up mates,” he’d say. “Soon we’ll port. There ya can breathe agin’.” ‘Til then, all Mariner could do was keep spinnin’ yarns, hopin’ some tale’d restart the sweet music of their hearts. For this young mate he’d do the same.

“None of those damnable, blue GLUMS, Carper. I know yer feelin bad. But ya hasta’ remember, as a foundlin’ ya come from a mighty proud line. Holy Moses! Could say, our likes date back ta times’ beginning.”

Mariner’s words stick, briefly, to Carper’s thoughts. Slowly, away they peel. So suddenly, so craw-wrenchingly, Carper feels he is spiraling down – alone, helpless – through a dark tunnel in his thoughts. These are the GLUMS. Mariner’s words are a net but Carper slips through. He reaches for Ol Tom’s paw and Turt’s fin-claw: in vain.

Laza Bones leaps from poster and shifts Harpoon away from you and toward Carper. He pokes at him. ‘Git you on down, down, and stays yaz der at de bottom, mon fishboy.’

You try to pull Laza Bones away from Carper but your arms slide right through him.

There is a lil’ Carper existing in Carper’s mind. Eeensy, so teensy. Carper knows, small though he is, he is mightier than all the bad Laza Bones’ of the world. So gently, but oh so forcefully Lil Carper whispers, ‘Listen to Mariner. Let his words be your line. Hold tight. Don’t fight when he reels you in.’

Mariner’s arm encompasses Carper’s waist. With other, he flails, animating the story he tells, about Kunta, “even as a little boy, so brave a boy, Kunta saved many lives though enslaved by the worst of GLUMS.” In Carper’s half-real – half-tunnel world, Mariner’s arm seems sword fending off Harpoon. The more he concentrates on Mariner’s tale, the further off Laza Bones Thibidioux drifts, until again he’s imprisoned in his poster.

Laza Bones poses handsome side out, as if he’s Honest Abe on the penny. ‘Who me? I wouldn’t harm a soul.’ He’s not fooling Carper, or James. Both know there’ll be a next time.

(Read more of Carper’s tale in the novel, Tales of Fiction House. Join me every Sunday night at the Fiction House, your place for short story, lark, whimsy, and merriment. Meet the many residents as I archive their lives and centuries of adventures.)

(Tales of the Fiction House ©2012  is available at Amazon, (Kindle and Trade Paperback) and Barnes and Noble.)

I am a writer, a foundling anchored by tale-telling and imagination. Read my history in Tales of the Fiction House, available at Amazon.com and Barnes & Noble (This is a portrait of my great-great grandfather. He's a handsome devil and I am his spitting image.)
View all posts by Raji Singh →
This entry was posted in archeo-apologist, Fiction House Publishing, humor, satire, Short stories, whimsy, writing and tagged alternate history, American History, archeo-apologist, Bayou, Carper, Cincinnatti, culture, Fiction House Publishing, Foundlings, humor, imagination, James Thaddeus 'Blackjack' Fiction, Mariner, Raji Singh, short stories, Tales of the Fiction House, Turt, whimsy. Bookmark the permalink.