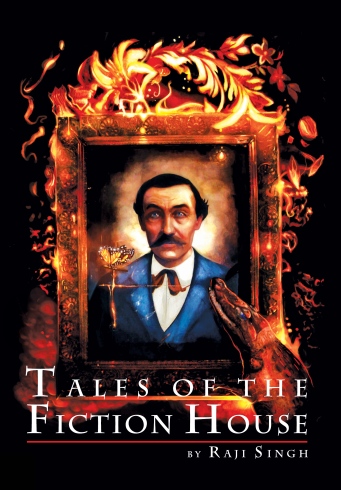 The Ancient Mariner, the scruffy sea salt who raised my great-great grandfather, told this curious holiday story.  It’s been handed down for almost 250 years.  Enjoy!

“To the GOOD life!”  Benjamin Franklin toasts.  A dozen of Franklin’s relatives, and a spiffed up Mariner, all “clunk” tankards.  They gather in the Philadelphia home of Franklin’s half-brother Franklin Ulster.  The men, all finely dressed in vests and jackets:  The women, in best subtle gray long dresses.

They give thanks, sit, pass the food, and eat steamy sweet potato, tart cranberry compote – all the usual, with all the sweet scents of banquet, but turkey.  No one would dare offer up Ben Franklin’s noble favorite creature, which he backs as the new nation’s symbol.

“BETTER than any ale you’ve had, eh Ulster.”

The host limply nods.  On that, he must agree.

Franklin proudly thumps his chest and sniffs.  “A woodsy scent this batch has.  I must say, this is the BEST stump juice yet that Mariner and I have had the privilege of brewing.  Fitting nectar for the heroes of the Colonies who lie at rest in their Elysian Fields.  A place you shall need not worry of ever residing, being battle shy midst our Revolution.”

Ulster starts to defend his weapons merchant status, but his wife kicks his ankle under the table.  Brother-in-law Benjamin just might be convinced to float a loan to keep the creditors from the door.  The home, though not a hovel, is faked; garish below the surface.  Plaster of paris Louis XIV statues stand in for the real marble.  Sturdy walnut furniture is replaced with rickety pine lookalikes.

“Concerning our stump juice, as with all things in life, as I always say, Ben Franklin says, ‘Good, Better, Best.  Never let it rest.  Until the good is better and the better best.’  That’s what I always say,” Benjamin Franklin says.

“Oh you do,” Franklin Ulster challenges.  Ulster had pre-dinner fumed for an hour as the honored guest told of his Paris diplomatic exploits that help borne a new nation.  Now he’s caught brother braggart in a lie.  He maliciously spits out, “We both know those words you quote were written on the sign at Goode and Betty Bests Bakery when we we urchins.”

Benjamin squints down on Ulster through his bifocals, and calmly honeys a bun.

“And just who do you think sold them that adage.  Moi!  Mr. Ulster.  And for a pretty penny.  That coin built up through the decades made me the wealthy man I am today, Sir.  As I always say, ‘A penny saved is a penny earned.’”

Franklin Ulster grits his teeth, but Benjamin Franklin is just beginning his pillorying.

“I am truly sorry your Shoppes and various ventures failed.  If only you’d listened to my sage brotherly advice instead of wagering at cockfights.  You could very well be in the financial position I reside.  So, there!  F.U.”

Some of the younger ladies at the table attempt to hide their eyes with their handkerchiefs.  Some matrons titter at the bawdy inference.  Elder statesman, Uncle Benjamin smiles pleasantly at each of them.

Ulster abruptly rises and his brass cock belt buckle upends his plate, sending his Thanksgiving fare down the front of his pants.  “Damn you, Ben.  My name is Franklin Ulster.  I demand the courtesy of being addressed as such in my own home.  Not being treated as some bastard kin.”

“My full apologies Franklin Ulster.  In amends, let me personally serve you the escargot I’ve made for our repast.”  Benjamin Franklin nods to Mariner and Mariner kindly returns the courtesy.  “The Mariner taught me his special recipe when we first met in Paris.  It was the talk of all the French society.  The grand chefs of the city paid my friend quite handsomely for his recipe.”  Franklin goes to a rickety sideboard, and gets a clean dinner plate.

Benjamin Franklin responds, “You’d not offer eagle to those who want it for our national symbol.”

Ulster spits out the crawly foreign fare after the first bite and throws the full plate against the wall.  It smashes into a dozen shards.  “I’m off to slaughter a turkey.”

Before he gets to the door, the normally talkative Mariner, who has been quite quiet throughout the afternoon, shouts, “I’ve ‘ad enough of yer performin’, mate.  Show yer respectins’ for the honored Doc Franklin, F.U.”  The wiry, but sturdy seaman quickly intercepts Ulster, and in seconds, from the long sea line he always has in his pocket, keel hauls him, and hangs him from a ceiling post beam.  There he dangles until a leisurely meal is complete.

The accounts that various Franklins relate in memoirs and letters in the archives of Fiction House Publishing tend to back the overall story. The reader must take into consideration, the Mariner, known for his proclivity for tale telling, and this is his telling, after all – he may have embellished his part in the holiday affair.

You may read A Thousand And One more of Mariner’s tellings in Tales of the Fiction House.  ~ ~

I am a writer, a foundling anchored by tale-telling and imagination. Read my history in Tales of the Fiction House, available at Amazon.com and Barnes & Noble (This is a portrait of my great-great grandfather. He's a handsome devil and I am his spitting image.)
View all posts by Raji Singh →
This entry was posted in archeo-apologist, Fiction House Publishing, humor, satire, Short stories, whimsy, writing and tagged alternate history, Benjamin Franklin, culture, Happy Thanksgiving, humor, imagination, new short stories, nostalgia, Raji Singh, short stories, short story, Tales of the Fiction House, Thanksgiving story, whimsy. Bookmark the permalink.