THIS COULD BE THE BEGINNING OF A BEAUTIFUL FRIENDSHIP 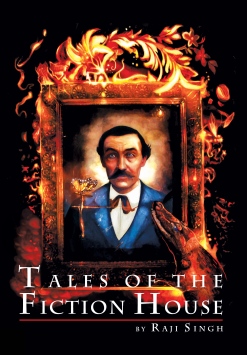 From the Archives of The Fiction House…

Benjamin Franklin strolls the woods near Paris. He’s taking a break – from his duties as emissary of the united American colonies to France – of trying to finagle francs from the aristocracy to finance the colonies’ Revolution. Franklin meets an American mariner whose ship’s in.

The ‘Mariner’ is brewing stump juice.

Franklin tastes… and tastes. “Ahh! The nectar of the Gods is your juice-de-stumpe, Good Sir. With your brewing know how and my marketing savvy, together we shall reap righteous bounty from the Paris elite.”

“Greetings Ambastard-dor Franklin,” Mariner harpoons in a friendly joshing. “Didn’t figger on seeing you this foin’ day. Supposed you’d be portin’ the impendin’ storm in some West Bank cafe.” Though in his early 20’s, Mariner’s already a seasoned salt of the sea. To him, the inclement weather – barely noticeable. “You’re sailin’ right along without your walkin’ stick just 24 hours after your first dose-a-the-stump, Benny. A tad list to the starboard side. That’s not nothin’ another tankard won’t cure.”

“Right you are good fellow,” Franklin says, twisting his three-point colonial cap so the rain drips onto his shoulder and not along and down his bulbous nose. (Cannot have anything interferring with the sweet-sour bouquet of juice-de-stump.) Franklin carries packages. He adjusts his cape to keep them dry. 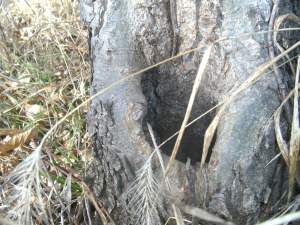 Mariner hears a chortling echoing from one of them – a small box covered with a dark cloth. The cloth moves as if something is trying to escape. ‘A ghostly appyration?’ Mariner ponders. ‘Maybe Benny’s a magician along with bein’ an inventor.’

Franklin notices Mariner’s curiosity. “With the help of these,” he says, “and this weather, I’ll demonstrate to you how we can get our business venture launched much quickly than we anticipated.” Franklin slowly imbibes the concoction Mariner ladles. “Mmm, sumptuous! As I always say, ‘Wine – in this case juice-de-stumpe – is constant proof that God loves us and loves to see us happy’.” He swirls it in his mouth, trying to decipher which fermented fruit of the stump provides the tangy, which herb supplies the bitter, which fruit the sweet, and just what gives it that devilish poke, poke, poke at the tongue and throat.

“I can hear that silent wondering of youren’, Benny. No use you tryen’ to map out the recipe. Mama Lucy taught me to blend the mixins’ just, so fine, that a dozen flavors become just one.”

Mariner spits onto his ship-calloused palm and holds it out. “I do the secret ingrediaten’. You do the marketin’. 50/50 split. Deal, eh”?”

Franklin ignores the spittle hand. He takes from his vest pocket a scroll and unrolls it. “I worked up a basic contract to protect us both, Mariner. Losin’ the patent on my Franklin Stove taught me a great lesson. I intended it to be a gift to warm the downtrodden of the world. Not to line the pockets of the scalawags who absconded with my idea. As I always say, ‘By failing to prepare, you are preparing to fail.’

Mariner briefly peruses the print. His eyes water and he wipes them with a gnarled handkerchief. He’s overcome, for the first time in his life with a deep emotion he’s never before felt – SHAME. He sniffs with the pretense, “Some of Mama’s spices is steamin’ up from the mix, Benny.” How could he reveal to the great Benjamin Franklin – the man helming the building of a nation, one whose simple yet life-saving invention, the Franklin Stove, kept him from freezing to death a hundred times over, in the icicle Boston orphanages before he finally escaped to the freedom of the sea – How could he reveal, ‘I cain’t read Ambastard-dor Franklin. Not a lick.’

Mariner rips up the contract, seizes the back of Franklin’s hand, spits onto the palm, and then clasps it, so hard Franklin winces. “Don’t need cold words on paper to tie brothers of a cold world together, Sire, though one be a land hound and ‘tother a sea dog. Flesh to flesh binds us. Brothers!”

Franklin starts to say, “As I always say Mariner, ‘Honesty is the best…’”

“Put an anchor to those adages ‘a yourens, Benny. Had me a snootful of em from San Fran to Singapore by a loafer who leaned againt the mast seems the whole voyage, spoutin from your Poor Little Richie Almanacky. Let’s set sail for truly the important ports in life. That bein’ stump juicen.” 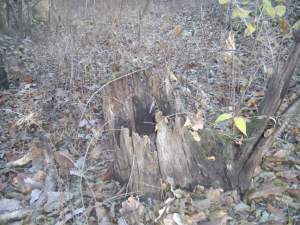 Another Worthy Vessel(Photo by Mark Rogers, 2014)

I am a writer, a foundling anchored by tale-telling and imagination. Read my history in Tales of the Fiction House, available at Amazon.com and Barnes & Noble (This is a portrait of my great-great grandfather. He's a handsome devil and I am his spitting image.)
View all posts by Raji Singh →
This entry was posted in archeo-apologist, Fiction House Publishing, humor, satire, Short stories, Uncategorized, whimsy, writing and tagged alternate history, American History, Benjamin Franklin, Fiction House Publishing, humor, imagination, James Thaddeus 'Blackjack' Fiction, Mariner, new short stories, Satire, stump juice, Tales of the Fiction House, whimsy. Bookmark the permalink.